HomeBlogabswscWater Resources: Doing more with less
Posted on in
abswsc

Going by the Nigeria’s federal structural arrangement it is not the responsibility of the federal government to provide water in households or for industrial use, but to strategically provide support to various states on needs basis, up to 30% for urban and 50% for rural water supply schemes respectively. Yet even people that should know tend to blame the federal government for inadequate water supply in the states. Thus ministers of water resources have the onerous task of doing their work and also hand-holding the states to do theirs.

The ministry’s agencies and parastatals include the Nigeria Hydrological Services Agency, Nigeria Integrated Water Resources Management Commission, National Water Resources Institute and the 12 River Basin Development Agencies (RBDAs), which have constituted the vehicles through which the ministry contributes to the socio-economic activities of the nation. This much is also less acknowledged by some analysts when it comes to assessing the achievements of the ministry. Therefore, the need to highlight some of the works of the ministry is not out of place.

The ministry’s activities under the leadership of Mr. Suleiman Adamu have been guided by the National Water Resources Master plan (2015 – 2030); United Nations Sustainable Development Goals; and the Water Sector Road map (2016 – 2030).

The River Basin Development Authorities (RBDAs) have now been strategically placed to facilitate National Food Security and support employment opportunities. The RBDAs are being constantly revitalized to deliver on their mandate, to the extent that core and relevant professionals are appointed to the headship of the agencies.

Adamu sees water as one of the key issues of human existence, which makes right of unfettered access to it non-negotiable. The minister’s actions have been guided by his appreciation of the fact that water resources is on the concurrent list in the Constitution, with the ministry’s roles relating to policy, administration and regulation of the water resources development and management.

In this area, he has turned in an excellent performance, with serious attention to legislative efforts, some of which, admittedly, have not been without controversy. However, it is worthy of note to reiterate that the National Water Resources Bill presently at the NASS is not a new law; rather it is an amalgamation of Water Resources Laws that have been in existence, such as Water Resources Act, Hydrological Agency and Water Resource Institute, all of 2004.

These laws are being re-enacted with necessary modifications in the new bill to actualize current global trends and best practices in Integrated Water Resources Management (IWRM). The overall objective is geared towards efficient management of the water resources sector for the economic development of Nigeria and the well-being of its citizens.

Suleiman Adamu considers access to water as not only a human issue, but critical to life, pivotal to national development; critical to the quality growth of its population as well as urbanization and increased agricultural and industrial development. He therefore encourages partnering with the state government to achieve these goals.

The ministry fully implemented the Water and Sanitation Hygiene (WASH) Action Programme in the last 12 months where 34 water supply projects have been completed: 159 rural water supply schemes in the North East, IDP camps and some federal institutions and establishments were constructed, 895 water supply schemes in 10 states of Imo, Katsina, Jigawa, Plateau, Zamfara, Sokoto, Ondo, Osun, Delta and Bauchi are under construction; rehabilitation and upgrade leading to additional 2.4 million Nigerians gaining access to water supply in the last 12 months.

The Partnership for Expanded Water Supply, Sanitation and Hygiene (PEWASH) is another flagship initiative of this administration where the federal government and the states come in partnership to provide water supply in the country. This initiative has led 22 state governments to endorse the PEWASH protocols while 11 more states have recently signed up bringing the total to 33 states.

The ministry inherited 116 on-going and abandon projects. The minister categorized these into high, medium and low priorities in an effort to tackle the litany of abandoned projects. The result is 12 high priority projects have been completed and commissioned across the country.

At his most recent ministerial press briefing in August 2020, the minister asserted that “The water sector is a pillar for food security, job creation, and water supply, sanitation and hydropower generation.” He used the opportunity to espouse his desire for a well repositioned sector borne out of the Next Level Agenda of President Muhammadu Buhari, focusing on the three cardinal issues of economic diversification, social inclusiveness and security which are succinctly aligned with the vision, mission and mandate of the ministry.

In line with Mr. President’s desire to lift 100 million Nigerians out of poverty in the next 10 years, the ministry has ensured that both direct and indirect jobs are created in the implementation of its projects and programmes. A total of 57,261 direct jobs and 111,588 indirect jobs have been created through the various dam, irrigation and water supply projects completed within the reporting period.

The ministry also is in the process of commencing a management master plan study for Rivers Niger and Benue. The project is designed to improve navigation, flood control, agriculture for enhanced food production and minimize cost of dredging the river channels. It will also engender prosperity accruable from fresh water supply and other economic activities. Although this is a long-term project, the ministry has kick-started the process of ensuring its implementation.

In order to aid diversification of the economy, guarantee food security and create employment a National Irrigation Development Programme was initiated in 2016 as part of the water sector road map. It is aimed at establishing additional 100,000Ha of irrigated farmland by 2020 and achieve a total of 500,000Ha by 2030 and an additional 1,000,000Ha of irrigable land to be developed by the private sector and state governments by 2030.

The World Bank is supporting the implementation of Transforming Irrigation Management in Nigeria Project (TRIMING) with a credit facility of US$495million. The project involves rehabilitation/expansion of about 42,000Ha of irrigation land under the first phase at Bakalori, Kano River, Hadejia valley, Dadin Kowa,and Middle Rima irrigation projects to be completed by 2022. 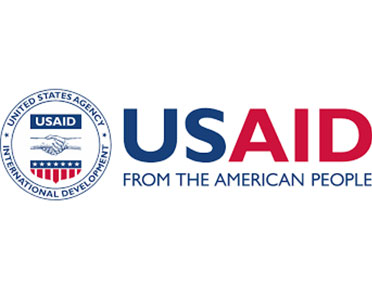 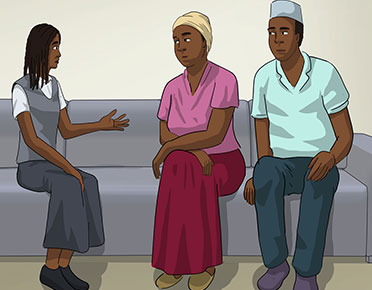 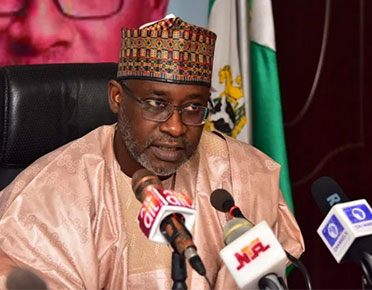